Home > News > Home Feature > WHO WILL BE THE ULTIMATE LADY RACER?

WHO WILL BE THE ULTIMATE LADY RACER? 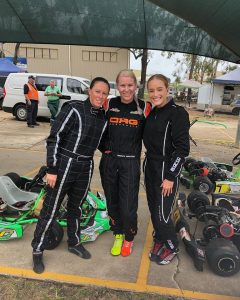 There will be a class dedicated to the rising popularity of female competition at the Ultimate Club Racer 1.

The Ultimate Club Racer 1 karting event to be held at South Australia’s The Bend Motorsport Park will feature a significant female focus this November.

In addition to all of the regular Club-level karting classes being contested at the invitational event, there will be a class dedicated to the rising popularity of female competition.

The winner of the class will claim the title of ‘Ultimate Lady Racer’.

“Across the Country, there are currently more than 450 females who hold a Karting Australia licence – ranging in age from six years of age through to 73 years old.   We look forward to many of these female racers getting behind the wheel at The Bend.”

The senior female competitors in the Women’s Class will compete aboard their own karts powered by their choice of four-stroke Torini or Briggs & Stratton engines at the event. All karts will be required to comply with the 4SS Regulations.

The 20 female drivers who have raced in the 4SS Class at a Club Driver Rankings event so far in 2019 are the first drivers eligible for an invitation to compete, with more invitations to be distributed in the coming months. 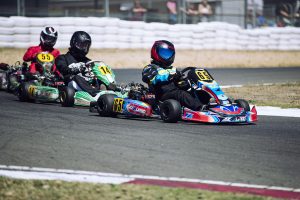 The 20 female drivers who have raced in the 4SS Class at a Club Driver Rankings event so far in 2019 are the first drivers eligible for an invitation to compete.

In addition to the Women’s Class, there will also be a mix of females in action throughout the other mixed gender classes at the event – including Cadet 9, Cadet 12, Junior and various Senior classes.

To be hosted at South Australia’s The Bend Motorsport Park, the Ultimate Club Racer 1 will see the top ‘Club’ karting drivers descend on the multi-million dollar facility on November 1-3.

The event will be a culmination of the 2019 SP Tools Club Driver Rankings to determine the best Club Racers in Australia.

The winners will carry the title of the Ultimate Club Racer for the following year and will receive a unique trophy and silver plate.

Incorporated into the event will be also a points-based Competition to determine the best State in Australia and the most successful Karting Australia Club.

Invitations to leading drivers from all States and the Northern Territory along with all Karting Australia Clubs have been distributed with more invites to be distributed over the coming months.