ROTAX VICTORIAN STATE CHAMPIONS TO BE DECIDED AT PUCKAPUNYAL.

As we approach the second half of the Sparco Rotax Pro Tour 2019 Season the race to Rotax Max Challenge Grand Finals is officially in full flight. The fourth of six rounds will take place at Eastern Lions Kart Club in Puckapunyal Victoria over the weekend of June 22 – 23. For the second time this year IKD are running the “Super 6” format meaning drivers will contest four heats instead of the usual three ahead of the pre-final and final. The event doubles as the standalone Rotax Victorian State Titles where we will see our newly crowned State Champions take the top step of the podium and the coveted “Blue Plate” come Sunday afternoon.

The front runners all have their eyes firmly set on a Rotax Max Challenge Grand Finals (RMCGF) Ticket to represent Australia in Sarno, Italy in October. With three rounds left including our “Double Header – Double Points” season finale in Albury the stakes are high entering the closing rounds. 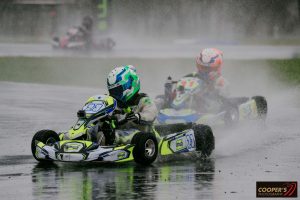 In Micro Max it will be Zed Corse pilot and two time State Champion Jaxson Burns who enters as Series Leader. Jaxson set the goal of making the RMCGF early in the year and will be looking for not only his third State Title but to bank maximum points and extend his series lead over twin brother Jenson Burns who currently sits in second place. Jenson doesn’t plan to make it easy on his brother and has no intentions of giving up his chance at becoming Victorian State Champion. Victorian based Tom Williamson Motorsport Driver, James Anagnostiadis will be one to watch, the youngster took out the Cadet 9 State Championship at Eastern Lions Kart Club not too long ago and is hoping to get back to the top step of the Micro Max podium next weekend. Local Samuel March is making his return to the category and is the only driver with a home track advantage.

Doing it for the girls is Aiva Anagnostiadis, the only female racer to have ever lead the championship in the Sparco Rotax Pro Tour history. After stellar performances in the opening half of the season Aiva has a ticket to the World Finals in sight and is more determined than ever to become the first female Team Australia member. Fellow Victorian Kristian Janev won’t make the battle easy as he looks to take the win and the State Championship status come Sunday afternoon. 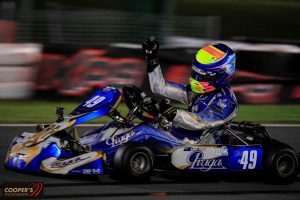 It has been a battle since Round One and Luke Pink and William Seal will once again race wheel to wheel as series leaders entering the Puckapunyal round. New Zealand based driver Clay Osbourne is currently in third place in the series, will another Kiwi take an Australian Seat at the World Finals or will the likes of Beau Pronesti, Hugh Barter and Ethan Feather close the gap in the remaining three rounds.

He’s proven he is a masterclass driver here in Australia and around the World but can anyone stop Pierce Lehane, the Sydney-sider who has won all three rounds so far in 2019 will be looking to make it four from four at the halfway point of the season. There is just 1570 points separating Cody Gillis and Brodie Whitmore who make up the top 3 in the championship and with only two tickets on offer in the Rotax 125 Light Class the stakes will be risen and the capabilities of the Rotax powered karts pushed to the limit as these two race to stay in the running for their shot at joining Team Australia. Troy Farley Race Engines driver Tyler Howard showed he has the pace to beat Lehane after qualifying on pole at Ipswich (Round 3) and will be looking to back up the result next weekend. 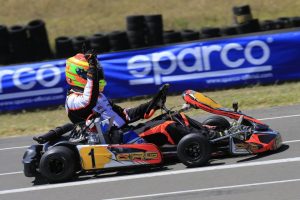 CRG Australia driver Lane Moore continues to lead the points for St George Kart Centre over Ben McMellan and Zac Van Leeuwestyn. Moore will be looking to bounce back after Ipswich and make his return to the podium and secure yet another blue plate for the trophy cabinet. Victorian Rick Pringle appears in the entry list as he makes another appearance at the Rotax Pro Tour for 2019. With a series prize pool equalling to over $6500 which includes a Rotax 125 Evo Engine, Lucky Design Custom painted helmet and IKD Voucher.  The Rotax Pro Tour is the only series to offer heavier drivers a class at National Level racing which includes State Titles and the opportunity at running the Rotax #1 Red Plate. With the competition level increasing in 2019 the year is far from over. We have seen appearances from locals shine across the first three rounds and we expect newcomers to continue to try the class over the second half of the season.

You will want to be trackside when our fastest category hit the track next weekend, DD2 series leader Jonathon Marcusson looks to recover from Ipswich and maintain his lead while Zed Corse, Queensland based driver Ryan Kennedy looks to close the gap and for the first time this season leave the weekend as series leader. Cody Brewczynski again is running double duties across DD2 and Rotax Light and will be looking to add a second State Title to his DD2 resume. It has been a while since we have seen this man in a go kart and he plans to make his return in the toughest category, Queenslander Tyler Greenbury is returning after a break to pursue drivers in both the Supercars, Super 2 and 3 Championships. Tyler has since been the mechanic on now team mates Jonathon Marcusson. Swapping the spanners for the steering wheel with the veteran add another blue plate to his already impressive trophy cabinet.

They have put on some of the best racing we have seen in 2019 and we are only at the halfway point. Current series leader and Zed Corse owner Kris Walton holds the lead over Troy Bretherton and Scott Howard of the

Racehaus Team. Howard secured the win over Walton at their home track of Ipswich in what was an emotional win. Paul Rodgers makes his return after missing Ipswich and will be one to watch after making the move from Rotax Heavy to the premier DD2 Masters class. Danny Wright from Fulltilt Motorsports made a mid-year chassis change to CRG and will be looking to stand on the top step of the podium with a blue plate in hand next weekend. 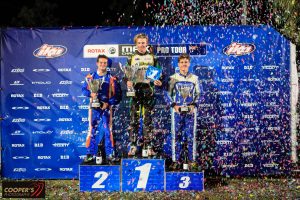 The Sparco Rotax Pro Tour will have two rounds following next weekend’s event at Eastern Lions Kart Club, we then venture to Warwick in Queensland and then Albury in Victoria for our season finale, Jason Richards Double Header.

The Jason Richards Gala Dinner will take place at the conclusion of Round 6. More information and tickets will be available soon.

IKD would of course like to thank our invaluable sponsors for their continued support: