ULTIMATE CLUB RACER TO BE DECIDED AT THE BEND 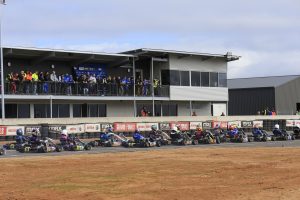 The Ultimate Club Racer 1, a culmination of the SP Tools Club Driver Rankings, will be hosted by Karting Australia at The Bend on
November 1-3, 2019. (Pic: Coopers Photography)

To be hosted at South Australia’s The Bend Motorsport Park, the Ultimate Club Racer 1 will see the top ‘Club’ karting drivers descend on the multi-million dollar facility.

The event will be a culmination of the 2019 SP Tools Club Driver Rankings to determine the best Club Racers in Australia. The winners will carry the title of the Ultimate Club Racer for the following year and will receive a unique trophy.

Incorporated into the event will be also a points-based Competition to determine the best State in Australia and the most successful Karting Australia Club.

“The Ultimate Club Racer has been a concept we’ve been working towards since launching the SP Tools Club Driver Rankings last year and I’m delighted to be able to share that it is coming to fruition in 2019,” said Karting Australia Chief Operating Officer Lee Hanatschek.

“To be able to recognise the drivers who are the backbone of Australian karting with their own event at such a facility like The Bend is something everyone at Karting Australia is very excited about. No one will have the home track advantage so its game on to find the Ultimate Club Racer.”

“We’re really looking forward to partnering with Sam Shahin and the team at The Bend Motorsport Park, what is undoubtedly the ‘jewel in the crown’ for Australian karting facilities for the event.” 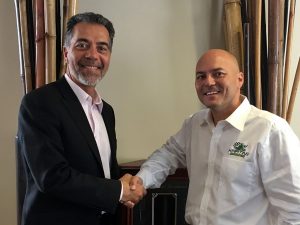 “At the centre of The Bend Motorsport Park is the world-class karting facility.  We want to become an integral part of the Australian karting community, and hosting the 2019 Ultimate Club Racer event is a forward step in showcasing this wonderful venue to karters in Australia and abroad,” said Dr Shahin.

“We’ve got some exciting plans for the event and by working closely with the team at Karting Australia I assure participants that it will be an event they won’t want to miss.”

For SP Tools Chief Executive Officer Kevin Davis, the event adds further interest to the SP Tools Club Driver Rankings that rewards drivers at the grassroots of the sport.

“Since launching at the start of 2018, the SP Tools Club Driver Rankings has generated a significant amount of interest at the Club level of karting and an event where we’ll see the best ‘Club Racers’ line up on the grid is going to be very exciting,” said Davis.