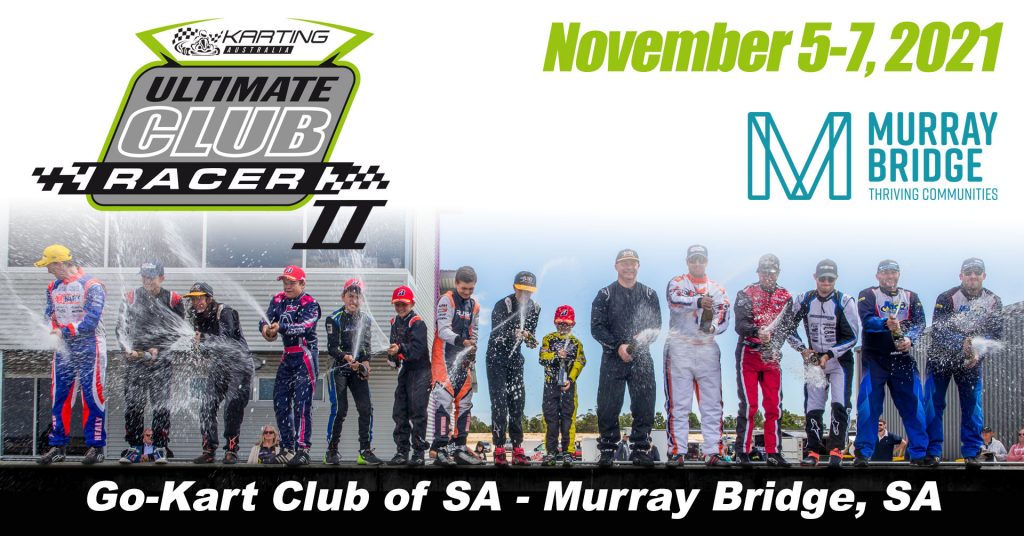 The venue for the second running of the Ultimate Club Racer, an event designed specifically for the Club level racer, has been locked in.

After being forced into a hiatus in 2020 due to COVD-19, Karting Australia can confirm that the Ultimate Club Racer II will be hosted by the Go-Kart Club of South Australia at the Monarto Karting Complex, located just outside of Murray Bridge in South Australia.

The November 5-7 event will see Australia’s best Club racers converge on the venue to decide who is the ‘Ultimate Club Racer’ for 2021.

The winners will carry the title of the ‘Ultimate Club Racer’ for the following year and will have the opportunity to wear a silver number plate in their class.

Incorporated into the event will be a teams State of Origin race, where two drivers from each state for across a variety of classes will be nominated to represent their state in the battle.  This Teams Race was one of the highlights of the inaugural event in 2019 and is set to be even bigger this year.

“The inaugural Ultimate Club Racer event was an incredible event with Club-level drivers coming from all across the country to compete in an event that has been designed specifically for them,” said Karting Australia Chief Operating Officer Lee Hanatschek.

“They are the drivers who are the backbone of Australian karting with their own event is something that we are very excited about.”

It is expected that more than 200 drivers, along with their families and support crews, will converge on the region for the event, bringing a significant economic impact for the Murray Bridge region.

Further details on eligible classes, information on prizes and driver eligibility for the Ultimate Club Racer II will be published in the coming months.