More than $750,000 in grants received for Karting Australia-affiliated Clubs

Four Karting Australia-affiliated clubs in Victoria have recently been announced as  recipients of a total of $751,049 in government grants courtesy of the Victorian Government Community Motorsport Program. 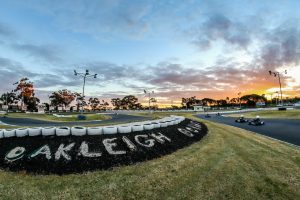 The Oakleigh Go-Kart Club received a grant of $500,000 for a track extension and improvement of the facility. (Pic: Pace Images)

Under the Infrastructure Upgrades and Equipment Category of the Program, the Oakleigh Go-Kart Club received a grant of $500,000 for a track extension and improvement of the facility.  The Wimmera Kart Club in Horsham will also be extending their circuit courtesy of a $153,706 grant.

The Bendigo Kart Club will receive $55,000 for a partial resurface of the track and the installation of an out grid shelter while the Eastern Lions Kart Club, located in Seymour, were awarded a grant of $42,343 to purchase a new track safety light system.

“Motorsport and motorcycling clubs provide a safe and welcoming community space where people of all backgrounds and abilities can learn some great skills and practical tips about safe track riding,” said Victorian Minister for Community Ros Spence

“The projects funded this round are a great example of how important this fund will be in helping local clubs boost their facilities and attract more people to motorsport.”

Karting Australia Chief Executive Officer Kelvin O’Reilly believes the initiative by the Victorian Government is exceptional and is delighted to see the four successful clubs receive the grants.

“The Community Motorsport Program is an exceptional initiative by the Victorian Government and as a sport we’re extremely appreciative of the grants that our clubs have received,” said O’Reilly.

“As a governing body, we’re enormously thankful for the Victorian Government’s ground-breaking Program for motorsport.  Separately and through the Australian Motorsport Council, we will be advocating to other State Governments across the country following Victoria’s lead for the sport.”

“The grants provided to our Clubs through the Victorian Government’s Community Motorsport Program will have a significant positive impact for the clubs who were successful in their applications,” said White.

“Receiving more than $750,000 across the four clubs, represents the largest ever capital investment in our sport from any Government.  I look forward to seeing the improvements and additions to our venues as a result of these successful applications.”

The Infrastructure Upgrades and Equipment Category, which helps clubs buy equipment (up to $50,000) and supports minor (up to $100,000) and major infrastructure developments (up to $500,000) requires Clubs to make a co-contribution to the total cost of the project. Oakleigh has already had in-principal approval of a loan from Karting Australia’s Track Development Fund to supplement a club’s co-contribution funds.  Wimmera Kart Club are expected to make a similar loan application having been successful in securing their Grant.

The Motorsport Club Assistance Category funds the purchase of safety and operational equipment (up to $10,000), trains volunteers and officials to build club capacity (up to $5,000), initiatives to boost women and girls’ participation (up to $5,000), and host events and activities (up to $20,000).