Kubica: Karting is the best form of racing 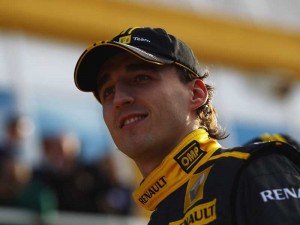 Robert Kubica believes karting is the best form of racing

Lotus Renault GP driver Robert Kubica has revealed in this month’s edition of F1 Racing Magazine that he believes karting is the best form of racing.

The Polish driver, who started his career at the age of ten in his country’s championship before going on to win six titles in three years, indicated in the article that he would love to see F1 races like they are in karting.

“The best form of racing is karting, which I also do a lot of, because there is no aero and there’s so much mechanical grip,” Kubica told F1 Racing Magazine.

“I would love to have F1 races like karting where you battle intensely from the first to the last lap but, unfortunately, that is not the case.  F1 gives you a good feeling when you push the technology of speed right to the limit.”

Kubica also scored second place in the European Junior Karting Championship and won the 1998 Junior Monaco Kart Cup held on part of the Formula One Grand Prix track. A year later, he defended his title in Italy and also competed in the International German Karting Championship. He also won the Monaco Kart Cup for the second time in a row, as well as the Margutti Trophy and Elf Masters races.

In 2000, his last season in karting, Kubica scored fourth places in both the European and World Championships.