The field of celebrity drivers race into turn one at the Port Melbourne International Karting Complex (Pic: Pace Images)

The celebrity drivers took to the Port Melbourne International Karting circuit aboard identical Arrow X5 karts powered by Torini Clubmaxx engines prepared by DPE Kart Technology for the event. Each of the karting youngsters was paired with a celebrity driver while representing affiliated Clubs from across Victoria.

Guided by the Go-Kart Club of Victoria’s James Anagostiadis, former The Bachelor and Neighbours actor Tom Robards showed the field how it was done in the main event.  After starting the race on the front row alongside Collingwood AFL Coach Nathan Buckley, Robards moved past the early pacesetter of the day on lap three of the main event before taking a comprehensive victory.

Former professional tennis player Mark Philippoussis, who was paired with Swan Hill Kart Club’s Seth Sutton, was the hard-charger of the race.  After enduring a spin in qualifying, Philippoussis started from near the rear of the field before securing the runner-up placing.

The event kicks off the countdown towards the opening Formula 1 event in the 2020 World Championship that will be held at the Albert Park circuit on March 12-15. 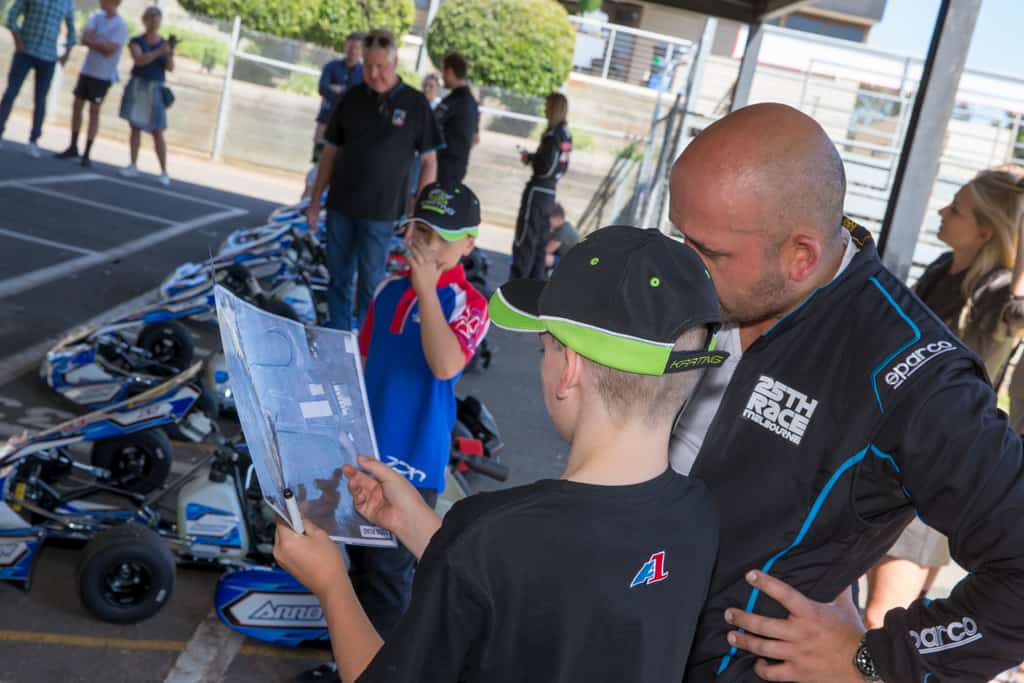 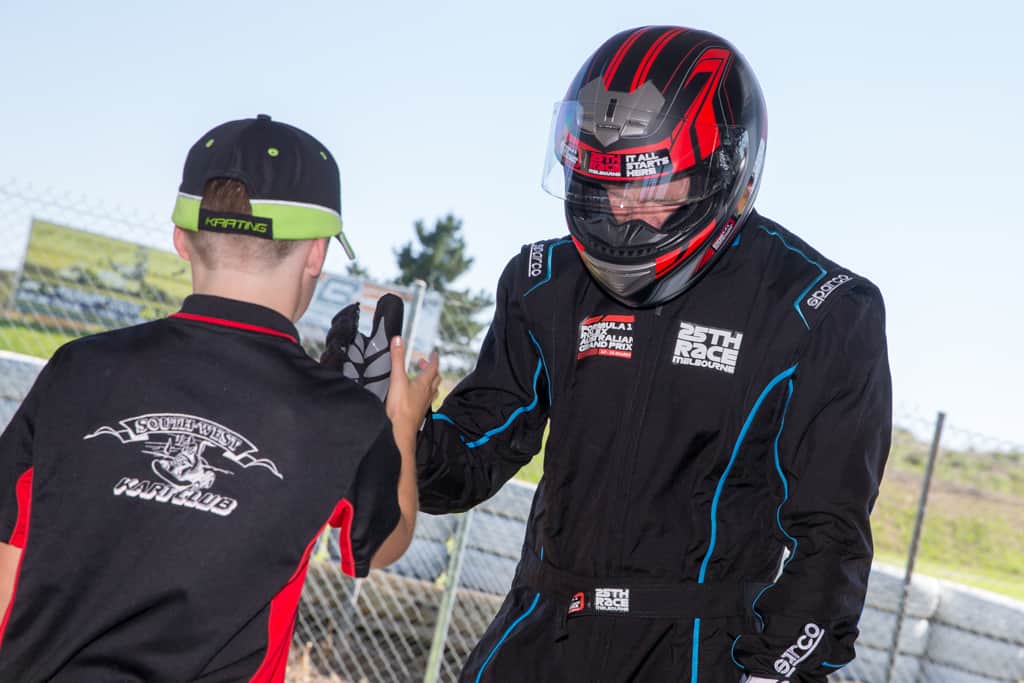 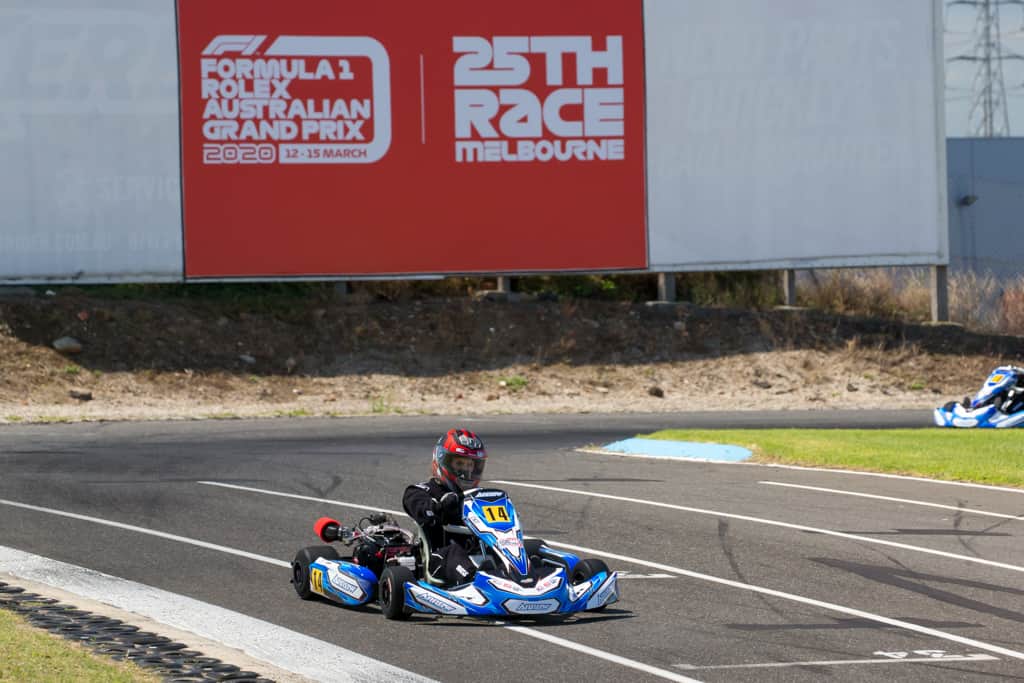 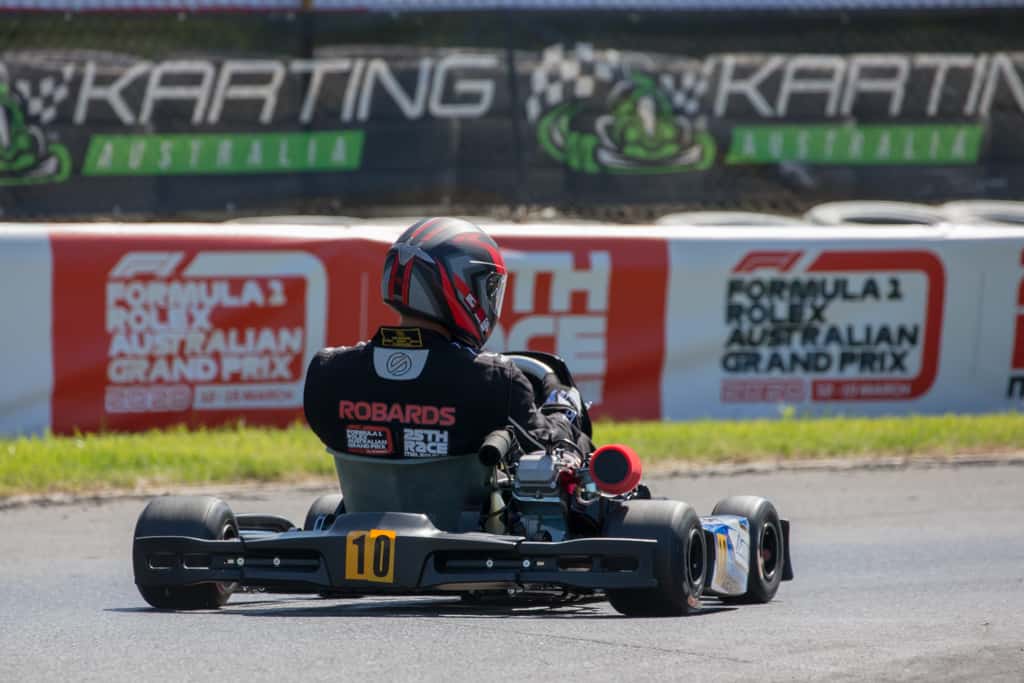