Victorian teenager Hugh Barter was won the Richard Mille Young Talent Academy for 2020 and as a result, will compete with the FFSA Academy in the 2021 FIA French F4 Championship.

The deliberation of the Richard Mille Young Talent Academy jury was not easy, as the performances of the three finalists, Barter, Swedish driver Albin Karlsson and Frenchman Craig Tanic were extremely close during the shootout in Le Mans, France.

Barter made the final three at the RMYDA before going onto take the overall win. PIC: Kartcom KSP

“We are really proud of Hugh. He won for us on debut and was 100% committed to our way of work from day one, by winning the Richard Mille Academy drive just adds to his ever-growing list of achievements, now on an international stage he is set for great things,” said Patrizicorse’s Managing Director Michael Patrizi.

“Every year we are given the opportunity to provide one young Aussie or Kiwi a chance to participate in the Richard Mille Young Driver Academy shootout. It is assessed as much off the track as is on the track. Hugh obviously is a worthy recipient of this great opportunity presented to all BirelART Importers. We could not have chosen a more suitable candidate and with him winning was just a complete bonus.

“I myself started a management wing to our company some 3 years ago and I am delighted that Hugh is apart of this alongside, 2019 World Karting champion and Feed Racing Scholarship recipient Marijn Kremers and Kiwi star Matthew Payne whom we plan to announce some exciting news for him in the coming month. All three have come through the ranks of Patrizicorse and all three have won races with us more or less on debut. Showing that our development pathway actually works gives me great satisfaction in the work that we do with our young drivers.”

Barter was one of 10 to travel to Le Mans to compete in the Richard Mille Young Talent Academy.

Continuing the theme of young Australians aiming to make a mark in world motorsport will be Barter’s fellow Australian’s James Wharton and Marcos Flack when they take part in the Ferrari Driver Academy Camp later this month. The pair were chosen as the two representatives in the Asia Pacific Region in the program that is directed at helping young drivers make their way to Formula 1. 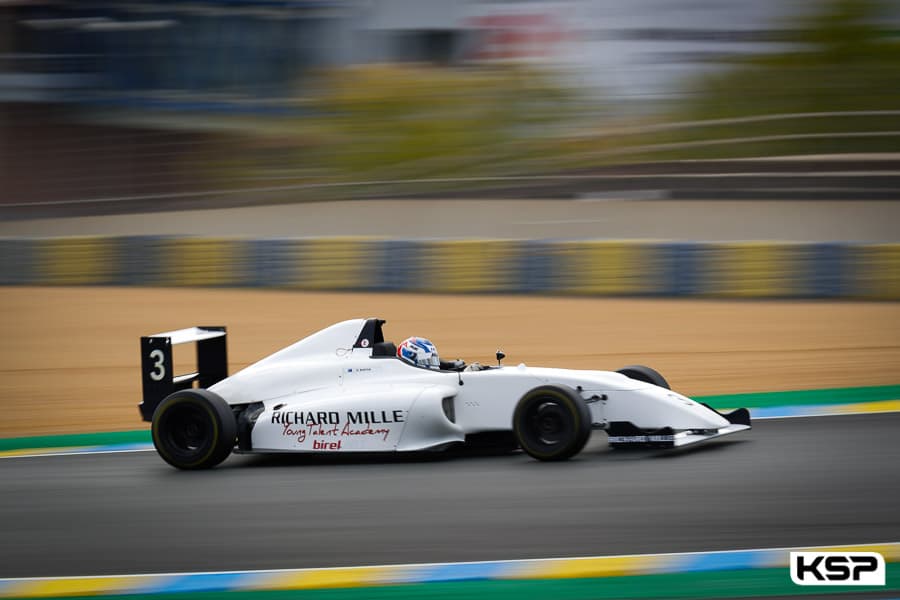