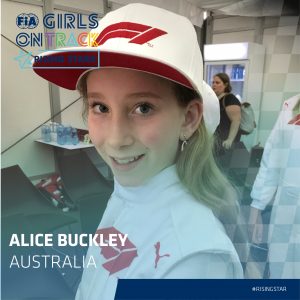 Third-generation kart racer Alice Buckley has been chosen by the FIA Women in Motorsport Commission as Australia’s representative in the FIA Girls on Track – Rising Stars program.

The FIA Girls on Track – Rising Stars is an innovative new project to detect and nurture the female racing talent of the future.  The 12 year-old Gold Coaster is one of 20 drivers from five continents that are scheduled to participate in a Shootout at the Winfield Racing School at the Paul Ricard Circuit, in France in October.

Should Alice be successful in the Shootout, she will then join training camps, and potentially have the opportunity to become the first ever female driver obtaining a partnership agreement with the Ferrari Driver Academy, including participation in an FIA Formula 4 racing season.

“To be selected by the FIA Women in Motorsport Commission as Australia’s representative in the program is a real honour,” said Alice.

“Having the possible opportunity to be a part of the Ferrari Driver Academy at the end of the program is an amazing dream.  I’m really excited about training hard to make the most of the opportunity.”

“Alice is a great ambassador for Australian karting and she continues to develop into a top-level driver while she and other great young Australian female talent show everyone out there that ‘Girls Race Too’.  We look forward to seeing her make the most of her opportunity with the FIA Girls on Track – Rising Stars program,” said O’Reilly.

“A development pathway like this is a fantastic way to not only provide opportunities to girls who might not otherwise get them, but also to make it a very real possibility of seeing one of them in Formula 1 or another top tier championship in five to 10 years’ time,” said Dane.

“The more women that are visible in the sport, the more we will show future generations that motorsport is for everyone. I’m incredibly excited for Alice and can’t wait to see her progress.”

“We’re delighted to hear Alice was chosen for this very exciting program which will certainly give her a chance to showcase her skills and represent Australia with pride,” said Arocca.

“On behalf of everyone at Motorsport Australia, we congratulate Alice and her family, and wish her all the very best as an FIA Girls On Track Rising Star. We will certainly be following her progress very closely back here in Australia.”

Since starting to race karts at the age of seven, Alice has been a regular competitor throughout Queensland and over the past three years has featured heavily on the national karting scene in the Australian Kart Championship and Race of Stars – where she was the fastest qualifier in 2018.  In 2019, she was the recipient of the Bridgestone Supercup awarded to the Cadet or Junior driver who shows a high level of consistency, sportsmanship, respect and improvement.

The first stage of the FIA Girls on Track – Rising Stars program is scheduled to be held on October 12/13. 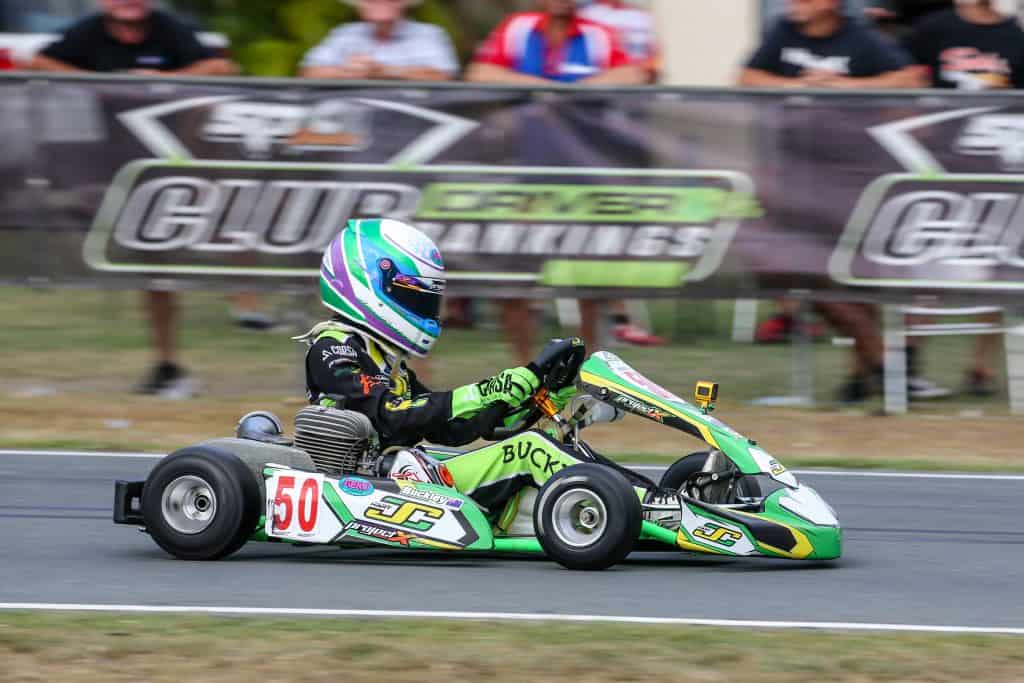