FIVE THINGS TO WATCH AT THIS WEEKEND'S AKC

Hays returns
The most capped driver in the history of the Championship, Chris Hays, will this weekend make his 51st career start in the elite KZ2 category.  The 2012 Champion competed in 50 consecutive rounds until the COVID enforced break.  After spending the past 12 months in Brazil, he returned to Australia three weeks ago and is set to race this weekend.

Who is the next Oscar Piastri?
During the corresponding round in Melbourne during 2015, it was a young Oscar Piastri who broke through for his maiden win in the elite Junior class (KA2).  After winning the FIA Formula 3 Championship in 2020, Piastri will this year make the transition into Formula 2 – one step away from his Formula 1 dream.

Who will be the next star to rise from the Australian Kart Championship ranks? 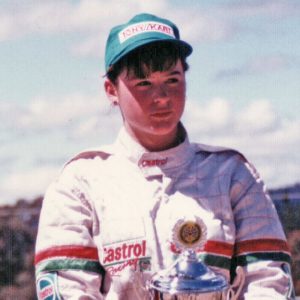 Girl Power
More than a dozen young females will be in action at this weekend’s round of the Australian Kart Championship.  Leading the charge for the Ladies Trophy after the opening round is 18-year-old Gold Coaster Taylah Agius, who came tantalisingly close to her maiden podium finish in the KZ2 ranks at the opening round.  Leanne Tander (nee Ferrier) is the last female driver to win a round of Australia’s elite karting Championship when she won back-to-back rounds in 1996.

Victorian Stars Return
After being unable to travel to Queensland’s opening round last month due to border restrictions, this weekend’s marks the start of the Championship campaign for 2021 for many of Victoria’s top drivers.

With a driver’s best four rounds from the five events counting towards the overall Championship standing, all drivers remain in contention for the National honours.

Changing of the guard
Every year, a new batch of rising junior stars begin to make their mark on the Australian karting scene in the elite Junior category – KA2.

At the opening round last month, it was Emerald driver Carter Mobbs who proved to be victorious after a sterling drive in the final.  A consistent opener sees Sydneysider Jordan Shalala enter this weekend as the points leader, narrowly ahead of Jack Childs.