DUAL WINS FOR AUSTRALIA IN PORTUGAL 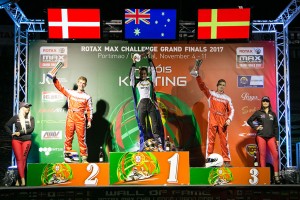 A pair of Australian drivers have been crowned Champions at the 2017 Rotax MAX Challenge Grand Finals in Portugal.

In total, Australia had 14 representatives in Portugal – all of whom had qualified through success in the six-round Rotax Pro Tour National Series.

After qualifying third of the 72 drivers in the DD2 class on Wednesday, Gillis powered his way to the front of his three heat races before claiming a comprehensive victory in the pre-final.

Starting from pole position in the final, Gillis was pressured early in the 20-lap journey by Danish pair Mads Thomsen and Christian Sorensen along with Belgian Xen De Ruwe, before crossing the line almost four-seconds clear of his nearest rival.

“It is an amazing feeling to win this event, I can’t believe it,” said Gillis.

“To be able to represent Australia and then see all of the green and gold up in the grandstand ‘going off’ when I crossed the line was just incredible.

“A huge thanks to Tom (Williamson) for everything he does for me and also Josh (Fife) for pushing me to improve all year along with all of my family and friends for their support.”

Gillis’ fellow Australian Ryan Kennedy finished 15th in the final while Joshua Fife failed to qualify for the final after issues in his heat races. 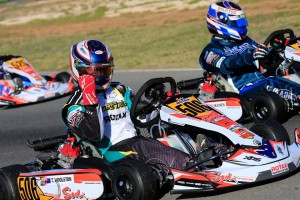 Woolston made it two consecutive victories for Australia in the DD2 Masters Class, following on from Lee Mitchener’s breakthrough win last year. In his sixth attempt at the title, Woolston emerged victorious following an epic battle with Argentinian Gabriel Zughella and Finnish driver Antti Olikainen.

“Wooooooo!!!! I’ve been chasing this win for a long time and it feels even better than I ever thought it would. It is seriously the best feeling,” said Woolston.

“We’ve got such an amazing Australian team here this year and it has been an awesome post-race celebration. I’m almost hugged out.

“A massive thanks to CC Racing and Tom Williamson Motorsport, my family and Garry Arandt for all of their support.

“A huge congratulations to all of the other Australians on their efforts this year and also to Cody on his victory in DD2.”

Woolston was one of three Australians competing in the DD2 Masters Class with Queenslander Scott Howard coming home in sixth and Kris Walton 20th.

Youngster James Wharton charged his way to the podium in the Mini MAX Class after starting from ninth position in the final.  After qualifying fastest and winning a heat race, Wharton confirmed his status as a star of the future by finishing third in the final.

Jac Preston finished as the best of the Australian junior drivers in 16th place after Jaiden Pope’s brilliant run came to a premature end on the closing laps of the final.  Pope led briefly with two laps remaining before an ambitious move by one of his fellow competitors caused a collision. Broc Feeney’s final ended early after receiving a mechanical defect flag.

In the Senior MAX Class, Sydney teenager Cody Brewczynski was the hard charger moving his way from 36th position at the start of the final to cross the line 17th. He later received a 10-second post race penalty dropping him to 30th in the final standings.

Victorian Brad Jenner was 26th while Cameron Longmore missed the cut for the 36-kart final.

In the youngest category, Micro MAX, Victorian Harry Arnett’s run in the final came to an early end on lap five.  He had been placed just outside the top 20 for the majority of the event.

The impressive performance by the Australian team led to victory in the Nations Cup standings for the second time in the event’s 18-year history. 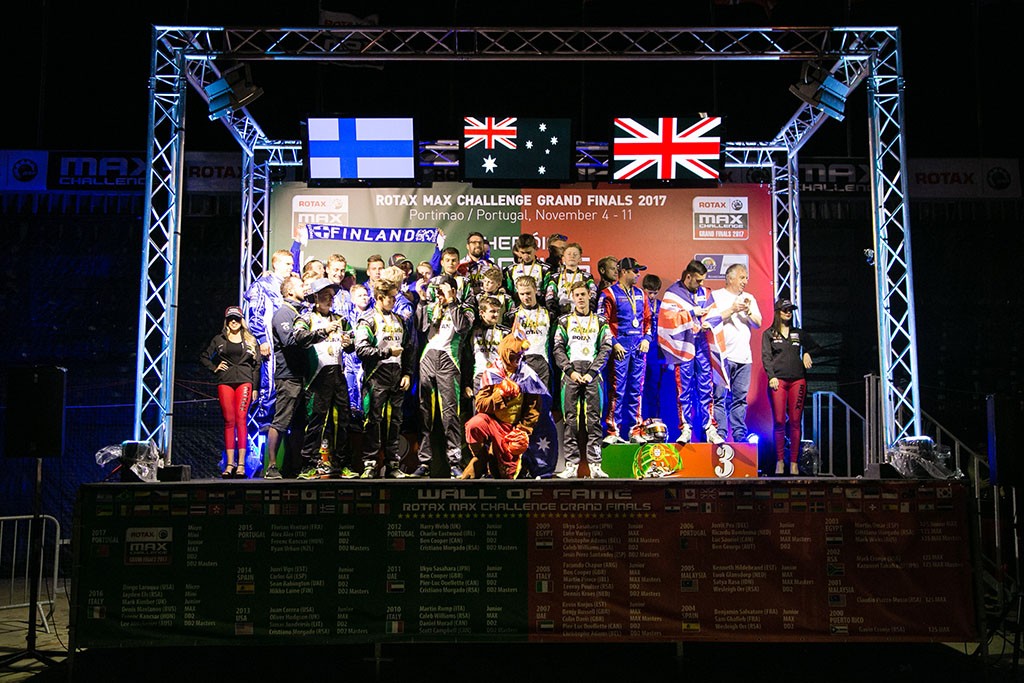 The Australian team celebrating their win in the Nations Cup (Pic: BRP-Rotax)