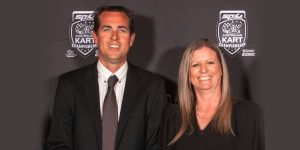 The pair will share duties of Race Director throughout the five-round Championship.

“Both Robert and Karen are extremely experienced Officials in the Karting Australia system, and we look forward to them sharing the role of Race Director for the 2023 Australian Kart Championship,” said Karting Australia Chief Executive Officer Kelvin O’Reilly.

“The pressure of being the Race Director at our National Championship, which is now recognised as one of the world’s best national Karting Championships should not be underestimated.

“AKC events feature more than 88 on-track sessions across a race weekend and with so many races of great intensity throughout every Championship event, it is important that we share the workload of the Race Director role to ensure that the high level of consistency and professionalism remains across the entire Championship.”

With National Officials Co-ordinator Mark Horsley heading up a new Officials Training and Scholarship program at National Events to be launched early in the new year, Annette English will move into the Chief Steward position for 2023.

2023 National Technical Commissioner Shaune English will head up the Technical department throughout the 2023 Championship.

Following the expressions of interested received from Officials all across the country recently, the initial roster of Officials for the events will be finalised in the coming weeks.

The noteworthy updates from the 2022 Championship Regulations or National Competition Rules that relate directly to the Australian Kart Championship include: