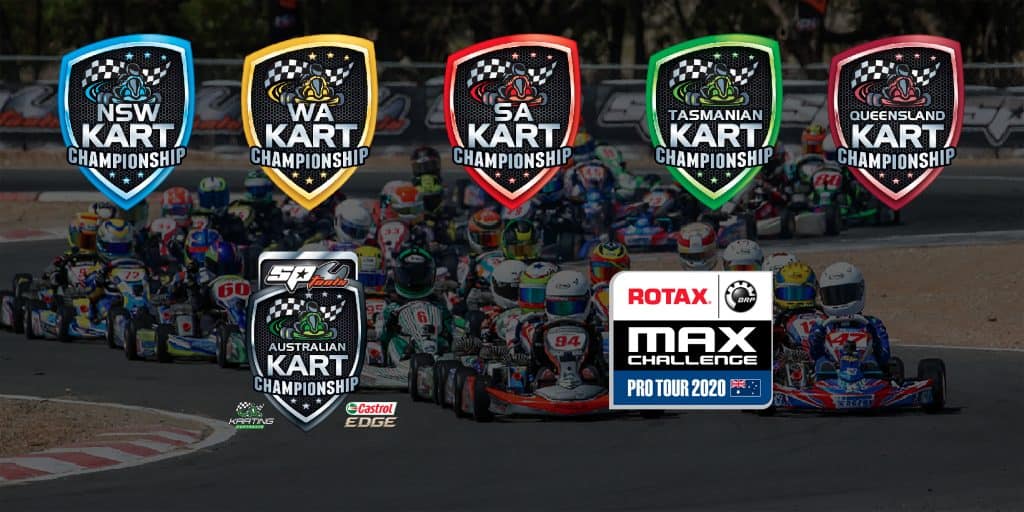 Karting Australia has confirmed the dates and venues for several upcoming State Championship events that form part of the National Karting Calendar.

While restrictions continue to change regularly across the country, Karting Australia believes it is viable to plan for upcoming State Championship events in New South Wales, Queensland, South Australia, Tasmania and Western Australia and to confirm tentative plans for the resumption of major national events at the back end of 2020.

“We do not have to rely on State border restrictions being altered for the State Championship events, which allows us to plan for those with a high degree of certainty,” said Karting Australia Chief Operating Officer Lee Hanatschek.

“The challenges are significant but we are continuing to plan for the recommencement of the SP Tools Australian Kart Championship presented by Castrol EDGE and are in frequent dialogue with International Karting Distributors about what Rotax Pro Tour could look like,” said Hanatschek.

At this stage, the AKC is anticipated to consist of two more events (November 6-8 and December 4-6) and the Rotax Pro Tour a single event (October 23-25).

Karting Australia believes that announcing a location at the current time for the above National Events would be premature due to the changing nature of travel restrictions.  These will be advised in due course.

Drivers who have pre-paid for the 2020 Australian Kart Championship will have the unused portion of their entry fees refunded in the coming days and will be required to enter for the re-scheduled events when they open.

As has been the case all throughout the COVID-19 Pandemic, Karting Australia’s number one focus has been the health and well-being of its Licence Holders, Members, Officials and Volunteers.

*All dates are subject to change.*