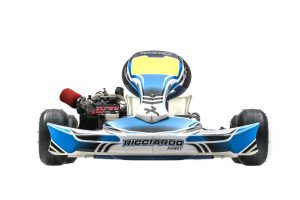 Karting Australia is proud to announce a new exciting program for 2019 with the launch of the Cadet 4SS class.

The class, which is an expansion of the successful launch of the 4SS class at the start of 2018, will see young drivers aged between 6 and 12 years of age use a choice of restricted Torini Clubmaxx and Briggs & Stratton 206 four-stroke engines. Both engines are focused on low cost, simplicity and low maintenance at the grassroots level of karting.

“When launching the 4SS class at the start of 2018, our focus was on providing a low cost, low maintenance class for the newcomers to the sport – and we’ve achieved this. Now, by expanding it to incorporate the Cadet age group we’re looking to expand the opportunities even wider,” said Karting Australia Chief Executive Officer Kelvin O’Reilly.

Highlighting the focus on the simplicity aspect of the Cadet 4SS class is the fact that Karting Australia requested tenders from the karting industry for a control chassis in July.

Following the evaluation of the tenders received, Karting Australia has selected the DR-L28 Ricciardo Kart, imported into Australia by Patrizicorse, as the control kart for the class. 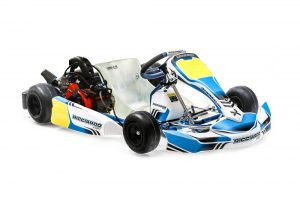 The DR-L28 Ricciardo Kart is the identical kart that is used by the Daniel Ricciardo Series recently launched in England, where the focus is on delivering a fair and competitive racing series delivered at an affordable and sustainable cost.

The implementation of the controlled kart also reduces the complexity of the sport faced by newcomers at a young age. The focus will be on driver development and enjoyment of the sport of karting.

“I’ve been a part of the 4SS class since the inception at the start of 2018. Since this time it has provided Australian karting with a low cost, low maintenance and highly enjoyable class for both newcomers and experienced racers,” said Patrizicorse’s Michael Patrizi.

“For Ricciardo Kart to be chosen as the supplier of the control chassis is something that I’m extremely proud of.

“I believe the control formula has a significant amount of potential for the future of our sport and will provide all of the young drivers a great entry level to karting.”

The control Ricciardo Kart will have all components marked to ensure the compliance to the regulations at all times.

To assist in the implementation of the Cadet 4SS class, drivers will be able to compete aboard previously used karts of any brand that complies with the current Cadet Kart Rules until 30 June 2020. After which time, the DR-L28 Ricciardo Kart will be the only kart eligible for use in Cadet 4SS.

The DR-L28 Ricciardo Kart will be available for purchase late in the first quarter of 2019 from kart retailers across the country.