CLUB LEVEL KARTING ROARS BACK TO LIFE AFTER LOCKDOWN 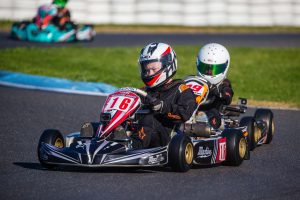 Across the last weekend in June, Victorian Clubs had just shy of 500 competitors competing at Club Events (Pic: Pace Images)

Karting Australia’s Licence holders are flocking back to their local circuits as Club Level racing kicks back into gear across the country.

The Northern Territory and Western Australia were the first two regions to host Club events last month, over the past couple of weeks Victoria, South Australia and more recently New South Wales and Queensland have returned to racing.

Across the last weekend in June, Victorian Clubs had just shy of 500 drivers competing at Club Events across the State.  On the same day, the Go-Kart Club of South Australia enjoyed its largest non-Title or Series event since 2014 and the Mount Gambier Kart Club had more racers at any Club Day since 2016.

Sunday’s return to racing by the Newcastle Kart Racing Club was the largest local event at the Newcastle Club since the 2016 Metro Invitational and the largest Club level meeting anywhere in New South Wales since 2015.

The Warwick Kart Club in Queensland trialled a new format for their Club Meeting on the weekend with significant success.  Labelled ‘Rapid Racing’ the Club split the weekend into four parts with various classes competing in a four–hour block each rather than being spread out across the two days.  It was the second largest event at the Club since they hosted Round 1 of the Queensland Kart Championship in 2016. So far in 2020, the Club is averaging 40 more entries than in 2019 for their local events. 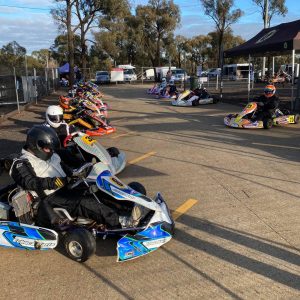 Also in the Sunshine State, the Cairns & Districts’ entry numbers were significantly increased on their average throughout 2019.

“Our focus right now is on getting people back racing locally, so to see such a significant uptake of local events is very pleasing,” said Karting Australia Chief Executive Officer Kelvin O’Reilly.

“More so now than ever before it is important for the Australian karting family to be racing locally and supporting the local Clubs.

“As we continue to emerge from the enforced lockdown we will build into the next stage while focusing on having our licence holders support their local Clubs and providing strong Club-level competitions.”

In addition to the significant numbers on-track, the Karting Australia Officials Academy powered by Rosche Paper has trained more than 450 Officials since being launched in mid April.  The majority of these Officials are new Volunteers to the sport and have already to assist their Clubs as they emerge from the lockdown.

New courses including What is Fair and Un-Fair Racing, Karting Risk Management and Stewarding will be made available in the near future.