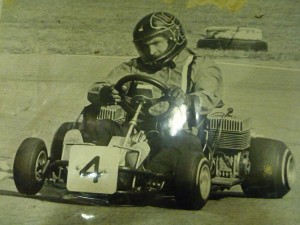 When Brian Hunter saw go-kart racing for the first time at the Croydon Drive-In he never thought that 50 years later he would still be involved.

Hunter a multiple-time Australian Champion started his career in a Whirlwind kart, made in Mentone, Victoria, before moving to compete aboard an American-made Isuza kart – imported into Australia by Ray Morris.

While competing mainly in the 125cc and 200cc categories, and his brother Robert for the 100cc and 150cc categories, Hunter’s most memorable results came behind the wheel of his Bug Wasp kart fitted with twin Corsairs T80 engines during the 1970s.

While he may have officially retired after the 1984 National Championships Hunter’s love affair with the sport was re-ignited some 25 years later after attending a Vintage kart meeting.

Ill health keeps him away from getting behind the wheel these days but Hunter remains a regular figure at many vintage karting events across the country while tinkering with karts driven by his brother and son.

Hunter was one of the inaugural inductees into the Australian Karting Association’s Hall of Fame in 2011. 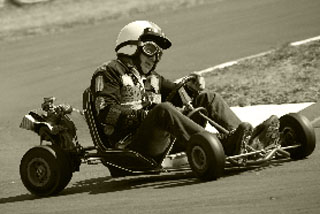 For more than 50 years Graham Powles’ life has revolved around karting.

Since his first race in his hometown of Numerkah in 1959, Powles has travelled the country, and the world, through his involvement in the sport.

Powles’ first National Championship victory was at the 1973 Titles. It was the first Australian Championship that he competed in and he headed home from the Samford Valley track in Queensland with the victory in the 100cc Limited Light category.

One of the most unique characteristics about Powles is the fact that both of his National Championships (1973 and 1990) came aboard karts designed and built by himself (GP Sprint and Monza).

During his career Powles competed in Hong Kong, New Zealand and Europe along with many of the International events across Australia.

In the 1990 World Championships, his team-mate in the PCR camp was Giancarlo Fischella. The Italian was the team’s PCR driver while Powles competed in the Formula Super A category which was won by Jan Magnussen.

These days Powles can be found tinkering in his workshop on the Gold Coast where he is continually restoring Vintage karts, of which he currently boasts more than 20 in his collection. 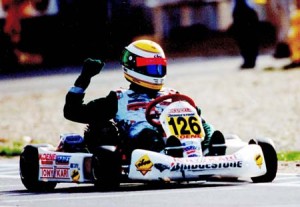 James Courtney is Australia’s most successful driver on the World karting scene having secured victories in both the World Junior and Senior Karting Championships during his formative years.

Courtney’s karting career began at the Lithgow Raceway after joining the Combined Districts Kart Club before he rose to stardom during the mid nineties.

After staring in the Junior National Light category for several years Courtney came of age in 1995 when he dominated proceedings at the National Championships in Dubbo, New South Wales. Despite enduring an engine failure while in control of the final Courtney had served his notice and headed overseas to chase his dreams.

Later that year he secured victory in the 1995 World Junior Karting Championships at Braga, Portugal to become the first ever Australian to win the event. Two years later, he did it again but this time in the Senior ranks at Salbris in France to become one of only three Australians to win an FIA World Championship – the other two being Sir Jack Brabham and Alan Jones.

Courtney was one of the inaugural inductees into the Australian Karting Association’s Hall of Fame in 2011. 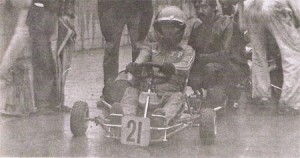 Pizarro re-wrote the record books on numerous occasions since making his debut behind the wheel of a kart at Granville in New South Wales during the early 1960s.

After winning his first National Championships at Sunnybank in Queensland at the 1968 event, Pizarro went on to become the most recongisable names in Australian karting with an unmatched record at major events.

He became the first karter in Australia to hold an International Super Licence and was the first Australian driver to enjoy success at the Asia Pacific Championships.

Pizarro competed in five world championships throughout his career, his first appearance coming in 1975 at the Paul Ricard circuit, an event Pizarro describes as a ‘baptism of fire’.

Pizarro was a part of the DAP works team during the 1970s alongside the late great Ayrton Senna and Terry Fullerton, who Pizarro believes is the best kart racer he has ever seen.

For many years Pizarro has resided in the New South Wales country town of Parkes and has recently turned his hand to assisting some youngsters from the area who are in the formative years of their career.

Pizarro was one of the inaugural inductees into the Australian Karting Association’s Hall of Fame in 2011. 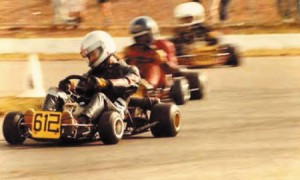 As a driver he is the only Australian to have won a round of the European Formula Super A Championship, as a mechanic he was worked with some of the world’s best rising stars and as a mentor he helped guide James Courtney to a pair of World Karting Championships.

His name is Jon Targett.

Targett is considered as one of the best drivers and mentors that the European factory teams have ever seen and defeated the likes of Jarno Trulli, Giancarlo Fischella Jan Magnuessen and Jos Verstappen throughout his career.

Targett’s passion for kart racing began in 1980 when a friend of his, Darryl Cowan, introduced him to the sport with his first major win coming in his self-made, and un-named, kart at the Country Titles in Griffith.

Since hanging up the helmet in 1994 Targett turned to becoming a mechanic and mentor for the rising stars. He guided David Besnard through his time in Europe before lending some guidance to Courtney throughout his formative years.

Targett was one of the inaugural inductees into the Australian Karting Association’s Hall of Fame in 2011.