The West Australian KZ Series has always been hotly contested. 2017 looks to be no different with lots of early interest from talented drivers from WA and the Eastern States. the $10,000 purse on offer during the season including a $2500 series winners bonus should help lift numbers.

For the first time, every round will count towards the championship. The Committee really wanted to reward those drivers who could attend every round and support all the clubs that support our series.

Another first for the series, we will offer a select driver from TAG Light to compete in each round of the series. The Arrive and Drive deal would be free for the lucky driver and hopefully unearth and help be a stepping stone for any up and coming competitors. The Series has a few past drivers doing big things on the world stage so we hope to add to that tally.

The Series also welcomes Midwest Kart Club for the first time. The track has long been a favourite for past KZ drivers and the WAKZ Committee are excited to add a new track and challenge to our competitors. 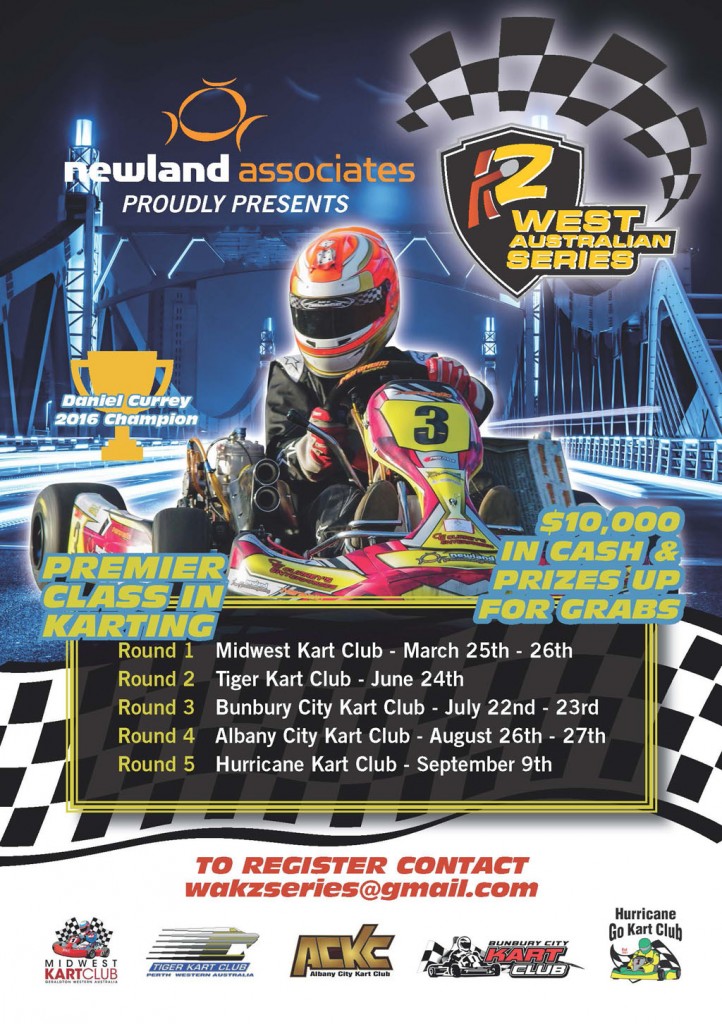