AUSTRALIAN TRIO TAKING ON THE WORLD’S BEST THIS WEEKEND 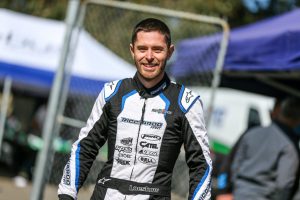 Australia will have three representatives on the World’s biggest karting stage this weekend in Italy.

Competing with the Australian-Patrizicorse team aboard a Ricciardo Kart, Loeskow becomes only the second Australian driver to compete in the elite KZ class at the World Championship.

Following his victory in the Australian Kart Championship earlier this month, the Bundaberg driver is high in confidence as he lines up in the 48-kart field that is full of highly credentialed racers.

While Loeskow has competed internationally previously, this weekend marks the international debut for Johnstone and Zamprogno.

Johnstone will line-up alongside Loeskow in the Patrizicorse team while Zamprogno has joined the Italian CRG team for this weekend’s event.

Although victory is the ultimate aim, the achievement of transferring into the 34-kart Final will be a significant one given the 126-strong entry list featuring drivers from 28 countries.

Unofficial practice started at the South Garda circuit in Lonato on Wednesday and will continue throughout Thursday ahead of qualifying on Friday. The qualifying races will then continue through until Sunday morning before the Finals are contested on Sunday afternoon.