AUSSIES ROK-ING ON THE PODIUM IN ITALY 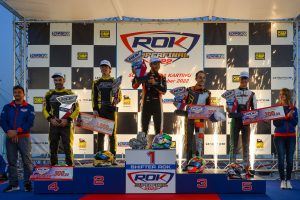 Cody Maynes-Rutty on the Shifter ROK Podium at the ROK Superfinal.

Australians Cody Maynes-Rutty and William Calleja have secured runner-up placings at the Vortex ROK Superfinal in Lonato, Italy on Saturday.

Competing in the ROK Shifter category, Maynes-Rutty started on pole position before rocketing into the lead during the opening segment of the final.  Italian Nicola Rossini made a pass for the lead on lap five before Maynes-Rutty held onto a comfortable second placing until the chequered flag.

In the Mini ROK category Calleja had been one of the front runners all week long, which proved to be a similar story in the final.

After slotting himself into fourth position on the opening lap, Calleja moved up the order to find his way to the front of the field on lap five.  He then led until the closing stages when he was passed by American Vivek Kanthan who claimed a narrow victory ahead of Calleja.

Dual Australian Champion Sebastian Eskandari-Marandi was impressive before being classified sixth in the final standings.  Hamish Campbell finished 15th in the final while some mechanical issues hampered results for Corey Carsen leading him to a sixth place finish in the Trophy final after starting 16th.

Video of the Trophy Races and Finals are available here https://www.youtube.com/watch?v=MWEQMHUlI7M 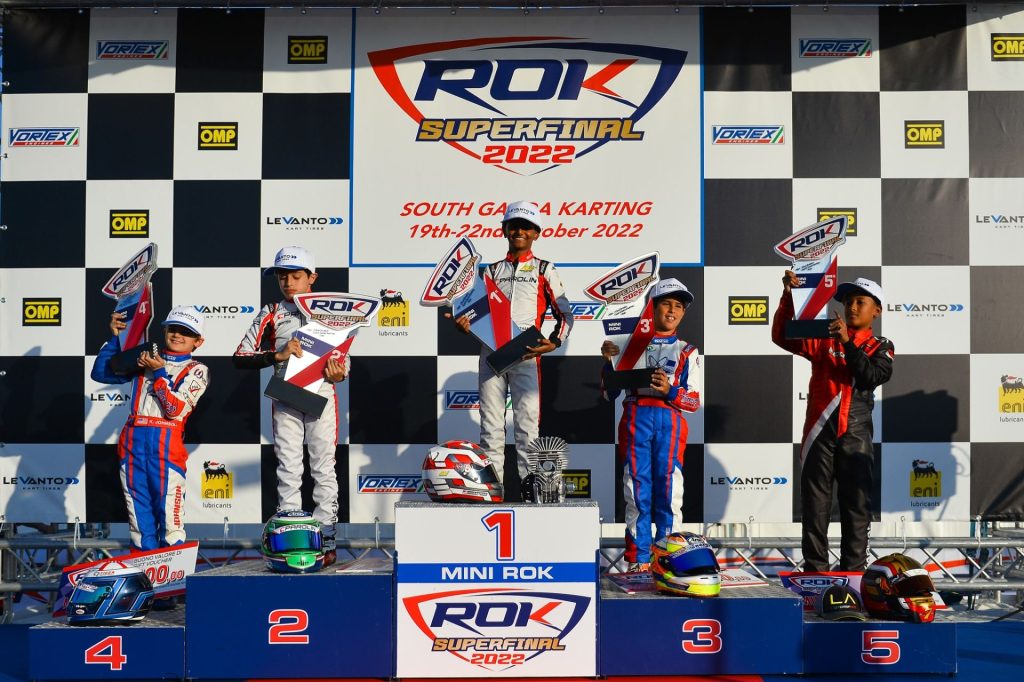 Victorian William Calleja on the podium in the Mini ROK class