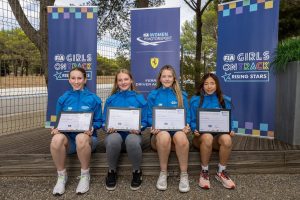 Gold Coast teenager Alice Buckley has been selected as a finalist in the FIA Girls on Track – Rising Stars program in France on Sunday.

At the end of the intense four days, which alongside on-track driving included a significant amount of fitness and mental aptitude testing, the 15 year-old was selected alongside Belgium Aurelia Nobels and English drivers Chloe Chong and Chloe Grant to move on to the next stage of the program at the Maranello circuit in Italy during November.  It is at the completion of this section of the program where an opportunity lies to join the Ferrari Driver Academy.

Maya Weug was the recipient of a scholarship with the Academy through the FIA Girls on Track – Rising Stars program in 2021.  Weug is currently competing in the Italian Formula 4 Championship with the Iron Lynx team.

For Buckley, being selected to move onto the next stage of the program is a significant step in her racing pathway.

“Being over here in France has just been an incredible experience and I’m delighted to have been selected as one of the final four,” said Buckley.

“I can’t thank everyone who has supported me enough to get this opportunity, especially my family.  I’d like to also thank Jess Dane (FIA Women in Motor Sport Commission Member) who has given me a lot of support and guidance before I headed over here and Lee Hanatschek from Karting Australia for all of his help.

“Now, it’s time to head home and focus on preparing for the next stage of the program in Italy.”

While Buckley was attending the FIA Girls on Track – Rising Stars program in France, her younger brother Patrick was also making waves on the racing circuit winning the KA4 Junior title at the final round of the Australian Kart Championship in Newcastle on Sunday. 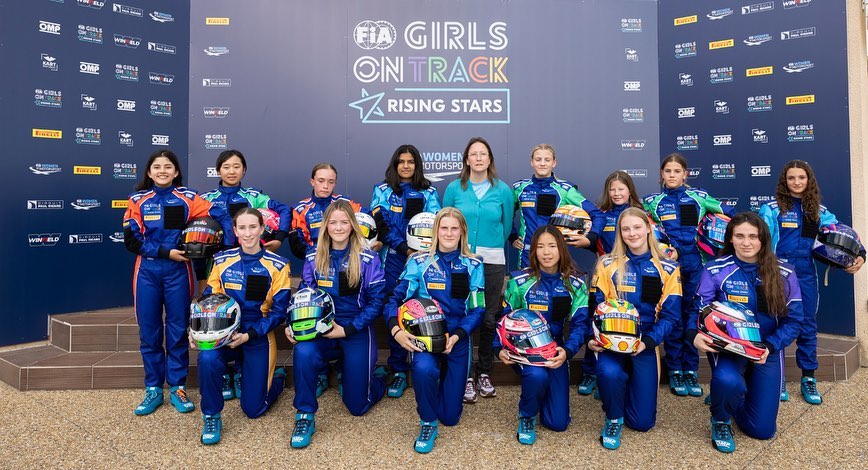