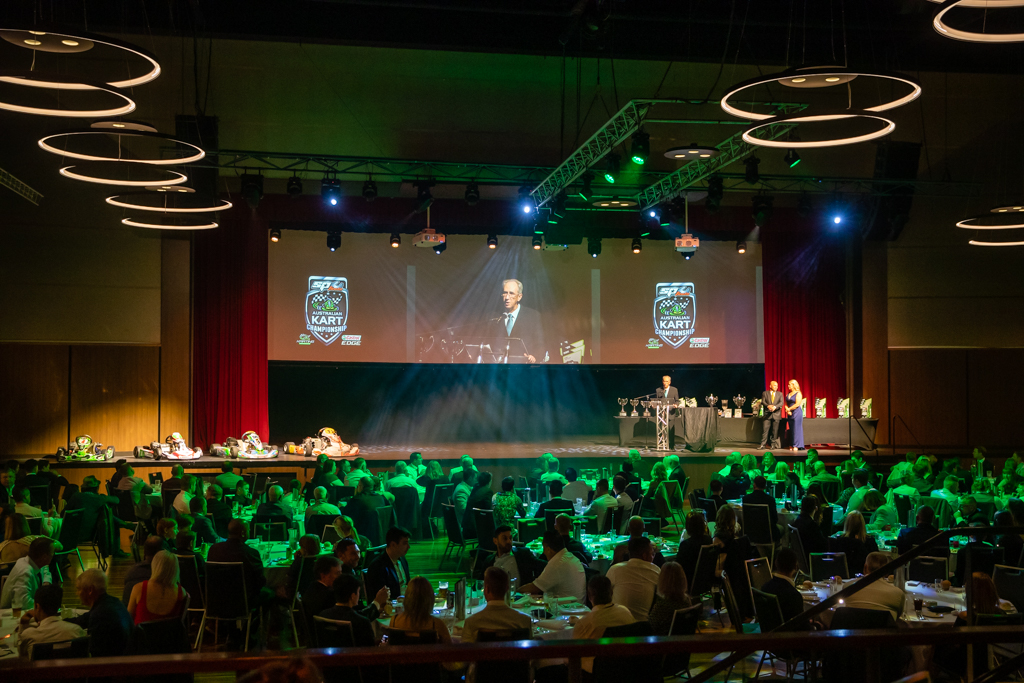 The 2022 SP Tools Australian Kart Championship was celebrated in style at the Newcastle Exhibition and Convention Centre on Sunday night.

Attended by more than 300 people, the evening saw the Champions and other various award winners share in a prize pool valued at more than $100,000 thanks to Championship partners SP Tools, Castrol, IAME Engines, LeCont Tyres, Maxxis Tyres, Panta Fuel and Vortex Engines.

Victory in the elite KZ2 class earnt Josh Fife $10,000 towards his Karting Australia race expenses for 2023 along with 300 litres of Panta Kart 102 fuel as he etched his name for the second time on the John Pizarro Perpetual Trophy. 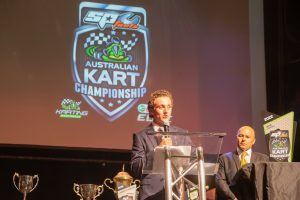 In the elite Junior class – KA2 – Costa Toparis name will go alongside of the likes of Ryan Briscoe, Tim Slade, Jack Doohan and Broc Feeney on the Jon Targett Perpetual Trophy.

Jace Matthews received a special message from James Courtney upon being crowned the 2022 Champion in the X30 Class and having his name on the perpetual trophy that honours Courtney’s karting achievements that included a pair of World Championships.  Matthews will also receive an IAME X30 engine, free race entry to the 2023 Australian Kart Championship and is eligible to enter the 2022 IAME International Final.

Alongside the Class Champions and placegetters, young Queenslander Lana Flack became the first Cadet driver to be crowned the winner of the Ladies Trophy.

After coming tantalisingly close to victory in the TaG 125 Championship, Victorian Leigh Nicolaou was a popular winner of the LeCont Tyres Driver’s Driver Award while Sebastian Eskandari-Marandi and Carter Lamperd were chosen as the Maxxis Tyres Most Improved and Cadet of the Year Awards respectively.

The Manufacturer of the Year title was won by Parolin with Shamick Racing taking out the Teams Championship ahead of CXR Racing and Sera Driver Development.

The Eastern Lions Kart Club was selected as the Event of the Year with TF Race Engines winning the Best Presented Team Award and Patizicorse’s Dane Smith was voted as the SP Tools Mechanic of the Year.